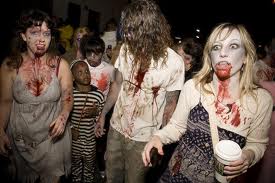 Sometimes debts that are supposed to be ‘dead and gone’ don’t stay buried. These debts are nicknamed, “Zombie Debts”. With the difficulties in the economy, debt collectors are being more creative with their collection attempts.

A Zombie debt is one that shouldn’t be collectible. It’s been paid, discharged in bankruptcy or was never valid to begin with. The debtor thinks the debt has been disposed of but some day, often years later, a collector sends a notice. Then it begins again.

Sometimes creditors sell the rights to collect on a note that has already been paid, other times creditors simply make mistakes. Either way, average people shouldn’t have to deal with it. If a creditor starts calling about a debt that you don’t think you owe, contact a Creditor Harassment Attorney or call us at (904) 685-1200 for a free consultation.

Typically, there is no cost to the debtor as these cases are usually dealt with on a contingency fee basis.