Because of the historic economic impact  of COVID-19, economists are predicting a “tsunami” of personal bankruptcy filings.  Well-known businesses like J. Crew, Beall’s, Goody’s, Gold’s Gym and Neiman Marcus recently filed for bankruptcy protection. Most major airlines could face bankruptcy without a government bailout.

Americans who have become used to using credit cards as a stop-gap measure to survive pay-cuts might not be able to rely  on this method since nearly 50 million Americans just had their credit card limits cut.

For centuries, companies have used bankruptcy as a tool to survive, reorganize or to shut-down. Several airlines have filed bankruptcy over the past three decades, primarily to break contracts and modify pensions.

Bankruptcy is a legal way to break a contract. After you file bankruptcy and receive a discharge, you no longer have to honor your commitment. This is the reason many entertainers and professional athletes file bankruptcy. They are not “broke.” They file bankruptcy since it allows them a legal way out of contracts that require them to do something in the future.

Now with the economy in shambles and over 36 million people unemployed, , millions of people no longer have the ability to honor their word and pay back their debts.

The founders of America made sure that bankruptcy was in the documents which established the nation. The nations that they left would imprison debtors who did not have the ability to pay  court-ordered judgments. (Even America had these prison as late as the 1780s). 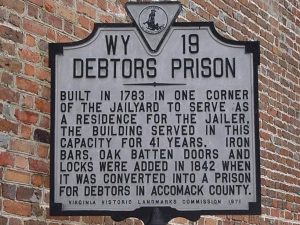 Bankruptcy allows you to get a “fresh start” in your financial life. It’s a do-over for people who lost income (because of job loss or divorce for instance), or who can simply no longer afford to pay their monthly bills.

How does one qualify for this financial fresh start?

The first “test” is an income test. In 2005, Congress passed a law requiring  debtors to pass a “means test.” This was a bi-partisan effort to punish the middle class and make sure that they pay back as much of their credit card debt as possible when they file bankruptcy.  (For more on bankruptcy reform, see why a  Georgetown Law School professor declared that  The bankruptcy bill was perhaps the most anti–middle class piece of legislation in the past century.)  He also noted that:

Not only did the law discourage bankruptcy filings, but it made it harder to wipe out credit card debt and student loans in bankruptcy. The result was greater profits for consumer lending businesses, many of which are based in [Joe] Biden’s state of Delaware. Not surprisingly, then, by lowering the risk of bad lending decisions, the Biden bankruptcy bill unleashed a glut of aggressive private student lending, which has contributed to the massive rise in student loan debt.

Under the means test, a debtor who wants to file a Chapter 7 liquidation bankruptcy might have to pay back some unsecured debt (i.e., credit cards, medical bills and deficiencies on repossessed cars) if she is above her state’s median income according to the U.S. Department of Justice.  A debtor is allowed certain deductions from her income according to the National and Local Standards set by the IRS.  Some expenses like mortgages, car payments and court-ordered child support are allowable deductions. However, other monthly expenses like student loans are not an allowable deduction on the means test. After completing the means test, a debtor might not qualify for Chapter 7 and might have to file a Chapter 13 reorganization under which she has to pay back some or all of her unsecured debt over 5 years. The relevant time period in counting income for the means test is  the 6-month period before she files her case. So, if COVID-19 reduced your income recently, waiting a few months to file could increase your chances of qualifying for Chapter 7.

There are exceptions to, or exemptions from, the means test for disabled veterans, National Guard members/military reservists (with some conditions) and individuals with debt that is less than 50% related to household or personal debt. The last exception is for people whose debts are primarily business-related debt (such a a hair stylist who borrowed money to run a salon). In addition, income from Social Security benefits does not count as income for the means test since Congress has protected this income from consumer debt collectors.

In addition to these requirements, one must have lived in their current state for the last 6 months (or the greater portion thereof,  91 of the past 180 days).

There has been discussion about whether courts are ready for the impending onslaught of bankruptcy cases. Tampa Bankruptcy Judge Catherine Peek McEwen assured this author that the Bankruptcy Court for the Middle District of Florida is ready for the expected increase in people seeking relief from debt in court. 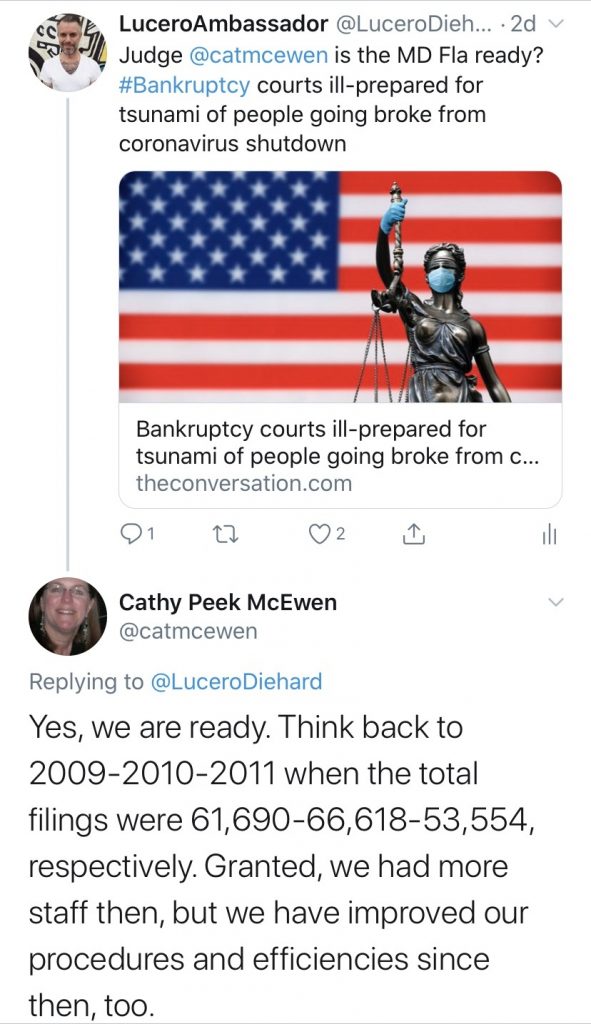 If you are ready to see if you qualify for a Chapter 7 bankruptcy, contact bankruptcy lawyers who have handled 100s of cases over several decades. Contact the Law Office of David M. Goldman, PLLC today for a free initial bankruptcy consultation. A Jacksonville Bankruptcy Lawyer can help you decide if filing bankruptcy is best for your future.