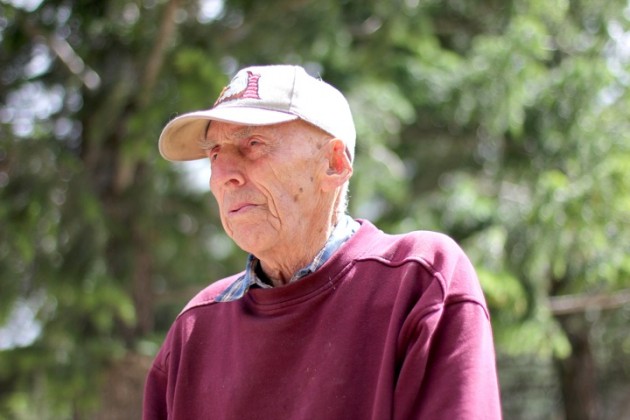 Montana Bankruptcy laws have lead to the liquidation of a WWII veteran who has been forced to leave the home he built for himself and his wife in 2000.

Warren Bodeker, 89, was ordered to leave the home as it was not exempt from collection by creditors.
“There will be nothing left. I’m not going to have anything.”

The trustee in his case has received numerous threats by angry patriots, some of whom have even made financial contributions to assist Bodeker, but those patriots may not be hearing the whole story. The reason that Mr. Bodeker is losing his home is two fold: 1. because he has filed for bankruptcy in an attempt to remove his liability for his debts; and 2. because when he did file bankruptcy, he committed fraud by not listing all of his assets. Apparently Mr. Bodeker attempted to hide $66,000 in gold and silver he had buried in his lawn by not listing it as an asset on his bankruptcy petition. He was threatened with fraud charges (which can mean jail time) and settled by surrendering his house.

This is a veteran and I do feel sympathy for him because he is an old man who will likely not recovery from his poor economic situation. Still, we should not be angry at the trustee for collecting on the debt the man owes, especially when that man committed a crime in an attempt to defraud his creditors.

Mr. Bodeker did have an attorney when he filed, but that attorney withdrew from the case in May stating, “the Debtor has already admitted under oath on numerous occasions that the documents he produced to me were false, which is a complete violation of any and all agreements we ever had.” This illustrates the importance of not just having counsel in legal matters, but also the importance of being completely honest with the counsel you have. Had the debtor in this case not lied about the treasure he’d hidden in his lawn, he may well have been able to keep his home and retire with a reverse mortgage.