COVID-19 has been on the scene for over 6 months now. The federal government  implemented various relief programs like the Stimulus Checks and $600/week federal supplemental unemployment benefits to help consumers. These benefits cost taxpayers nearly $250 billion.   Congress is presently debating what it should do next to help Americans get through the prolonged economic slowdown.

Businesses are going bankrupt to deal with the slowdown and loss of revenue.  Many national retailers have filed bankruptcy, or soon will.  J. Crew, Neiman Markus and JC Penney have filed bankruptcy. Just last week, Jacksonville-based Stein Mart filed Chapter 11 and is closing stores. When discount retailers like Stein Mart go under, it does not bode well for the economy.

Corporations have used the bankruptcy code as a way to bail themselves out financial straits for decades.  Individuals can also use bankruptcy law to get a fresh start. In an interview with a then 80-year-old St. Augustine grandmother in 2008, a national news magazine asked:

What do Wall Street titans have in common with Ada Noda, an 80 year-old grandmother? They have all found themselves deeply in debt and desperate for a way out. From her mobile home in St. Augustine, Fla., Noda told NEWSWEEK, “My outflow was more than my intake.” (The magazine titled the article, “Grandmother has a bailout lesson for Wall Street.”) 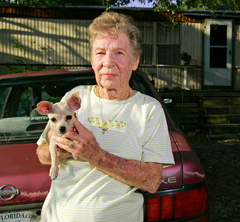 With her cash outflow exceeding her intake, Noda fell behind on her bills, most of which were medical bills. The debt collectors were relentless, calling her all day long. They even harassed her over her dead husband’s debts. They told her that she was legally liable for her dead husband’s bills. This was not true.  (In most cases, you are not responsible for your dead spouse’s debts.)

Many economists are anticipating a surge in the number of Americans who will use bankruptcy to protect their income and assets-and to discharge their debts.  One bankruptcy judge in Florida tweeted that economists at the United States Bankruptcy Court see the surge coming by year’s end.   Judge McEwen believes that people are waiting to file bankruptcy so that they can include all COVID-19 related debts in their case.

There are financial moves that people make before filing bankruptcy which could impact their case, or their ability to file bankruptcy at all. Now is the time to know what one should or should not do before filing a case. Many of these decisions have to do with spending (or borrowing) large sums of money.  Consumers who receive tax refunds and stimulus checks usually spend them pretty quickly; the government sought to stimulate the tepid economy when it decided to send these payments to Americans.

If you are contemplating filing bankruptcy, you should not do any of the following:

There are things that you should do before you file bankruptcy. First off, scheduled a consultation with an experienced bankruptcy attorney. Ask him or her how many bankruptcy cases he or she has handled and if he or she has filed any cases recently. Research your lawyer. Do not just Google “bankruptcy lawyers” in my area. Many firms pay Google or third parties to make sure that they are in the top search results; that does not mean that they are good (or bad) at handling these cases. Google should never be your sole source for choosing a lawyer.

Second, start gathering your financial documents that your lawyer will need (bank statements, bills, credit card statements, lawsuits, tax returns, and the like). Some people contemplating bankruptcy ignore their mail or throw all bills and statements away. This is not a helpful move. Save your mail for your lawyer to determine if it is important.

Finally, start thinking about the fresh start that you will get by filing bankruptcy. The founders of this nation understood how important it is that Americans could get a fresh financial start by filing bankruptcy. (Before the nation was founded, one could be put in jail for not paying consumer debt.) The founders thought bankruptcy so important that they put it in the United States Constitution itself (not many areas of law are in the founding document).  Things like freedom of religion and speech were not in the original Constitution; they were added 4 years later as Amendments to the document.

Experienced and knowledgeable Jacksonville bankruptcy attorneys can guide you through the process so that you can maximize the property you can keep in bankruptcy while also getting relief from debt. Our lawyers can advise you on exactly when to file your bankruptcy case in order to protect your asset.  Contact the Law Office of David M. Goldman, PLLC today for a free initial bankruptcy consultation. A Jacksonville Bankruptcy Lawyer can help you decide if filing bankruptcy is best for your future.