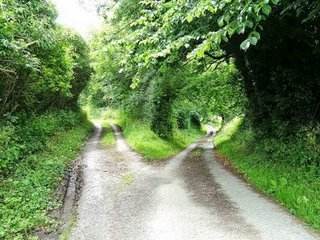 As a counselor for others, attorneys are obliged to be fair and honest in their candor with everyone, including clients. Unfortunately, this idealist principle often falls short when it comes to attorney practice. There is a segment of the population of lawyers who intentionally try to persuade debtors to file Chapter 13 cases when Chapter 7 would serve them better. The reason for this is the fees. Chapter 13 cases pay almost twice that of Chapter 7. Therefore, we as attorneys stand to gain double the fees if we can convince you that a Chapter 13 is better for you. Lawyers are not the only ones whose morals cause clients to fall victim to greed. In 2011 Judge Mark Ciavarella of Pennsylvania was sentenced to 28 years in prison as a result of a “cash for kids” deal with a local private prison. If the judge sent a child to prison, the prison would in turn send the judge a check. After the judge had received nearly a million dollars in so called “finder fees” from the prison, suspicion grew. It is unlikely that we will ever know how many innocent children were sentenced to prison terms or how many guilty children had their prison terms unjustly extended as a result of this ghastly corruption, but when it comes to lawyers helping you choose which chapter of bankruptcy best suits you, you have been warned.
There are four chapters of bankruptcy available for individuals in the United States. These chapters vary in their usefulness in different situations as much as people do. They also often vary greatly in cost. When you consult an attorney for bankruptcy advice, their job is to determine which chapter, if any, best fits your financial situation. As time permits, they should explain to you why that chapter is best for you and equally important, why the other chapters do not work for you.
In Jacksonville and even across the United States, the attorney’s fees for a Chapter 7 is about half that of a Chapter 13. The court filing fees are about the same. The Chapter 11, which is rare but not unheard of has enormous attorney’s fees when compared to the other chapters as it is typically only filed by either businesses or by individuals with a very great amount of money and/or debt. It also has filing fees that are more than three times that of 7 and 13. Chapter 12, which requires the petitioner to be a commercial farmer or fisherman, is so rare that I can’t even approximate the fees as I’ve never known any attorney who filed one. The court’s fees are slightly lower than those of 7 and 13 and because a Chapter 12 is very similar to a Chapter 13, I would imagine the fees for it to be similar.
Contact a Jacksonville Bankruptcy Attorney or call us at (904) 685-1200 for a free consultation.