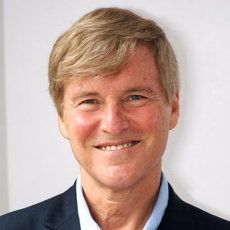 Leigh Steinberg filed for Chapter 7 bankruptcy protection last Wednesday in the face of a warrant being issued for his failure to appear in court over a $1.4 million dollar debt owed to a landlord. While Steinberg recognizes that he owes several million to creditors, he claims that since his 2008 divorce, his only assets are stock.
In 1996, Steinberg’s inspiring story was embodied in the classic film, “Jerry Maguire” staring Tom Cruise. However, since the films release, the sports agent has faltered, having faced a divorce and subsequent rehabilitation treatments for his alcoholism. While coming to terms with his alcohol problem, one of his employees took an unauthorized loan from an NFL client. This loan that violated the NFL Player’s Association regulations. That player subsequently fired Mr. Steinberg and signed on with a rival agency -one lead by an ex-Steinberg employee.
Due to a suit against him by a the National Football League Player’s Association (NFLPA), Steinberg cannot be certified by the union. Without certification, he cannot return to the work he does best -representing players. He has struggled with his debts for some time, but it has become apparent that bankruptcy may be the only way he can return to work.
If you have questions about Chapter 7 bankruptcy and would like to speak to an attorney, contact a Jacksonville Bankruptcy Lawyer or call us at (904) 685-1200 for a free consultation.