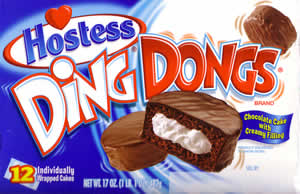 The Teamsters make up more than 90% of Hostess’s work force and have threatened to strike if the judge in Hostess’s Chapter 11 case allows the company to cut wages and benefits for employees. Information explaining what these benefits and wages are is not readily available.
The Teamsters Union, founded in 1903, has a history of aggressively fighting for the rights of it’s members. Dennis Raymond, director of the Teamsters Bakery and Laundry Conference, stated that, “This vote shows that, while our Hostess members are willing to take significant steps to save the company, they can only go so far,”.
It looks to me like these Hostess members may be go so far as the unemployment line, especially if the business cannot become solvent. If the court finds that the business cannot be profitable, it may be divided up and auctioned off to the highest bidder. It’s possible that Teamsters may not lose jobs in that scenario, but it’s becoming a tired cliche for unions to strike businesses out of existence.