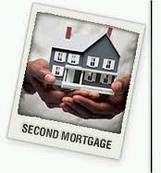 The Eleventh Circuit Court of Appeals has ruled that Second Mortgages can now be “stripped” in Chapter 7 cases. This means that as long as the amount owed on the first mortgage is greater than the home’s market value, the second mortgage becomes unsecured and can be discharged in the bankruptcy with the remaining unsecured debt.