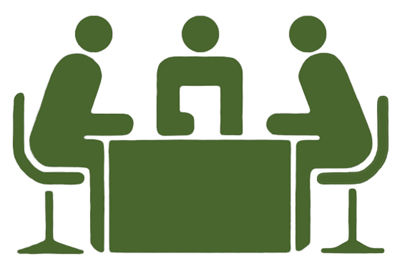 Nearly half of Florida homes that have mortgages are worth less than the mortgage debt on the home. This, combined with the nation-wide decrease in incomes has lead to one of the greatest recessions our country has seen.
A home mortgage is essentially a contract. You promise to make payments according to the contract’s terms, and the lender promises to transfer the home’s title to you when you finish making your payments. The government regulates these contracts by creating laws that set out procedures for things like foreclosures. Of course, there is still an element of free contract which allows lenders and borrowers to negotiate the terms of their agreement at any time. The government is limited in how much they are allowed to interfere with contracts so instead of trying to force banks to offer mortgage modifications, they make programs like HAMP, which offers lenders tax deductions or other benefits to make deals with borrowers. Personally, I think that the government isn’t offering the lenders enough in benefits because banks aren’t particularly helpful in getting borrowers into the program. HAMP mods are done in-house by the banks and “can” lower a borrowers mortgage payments to 31% of their gross income if you qualify. But what if you don’t qualify, and what if your payments are already below 31% of your gross income?
This is where lenders will begin the foreclosure process. They may offer you a so called, “in house modification”, but offer or no, the foreclosure process will continue until either you are somehow successful in obtaining an in-house modification or your home is sold on the courthouse steps. This is because the judiciary can’t force a bank to modify your loan. Honestly negotiated terms that were created in accordance with the laws can’t usually be modified by the government due to our rights to free contract as citizens. That being said, a recent program out of Orlando creates an opportunity for people facing Jacksonville bankruptcies and foreclosures.
As previously stated, our government can’t force lenders to modify contracts, but our Judges can order those lenders to attend mediation with the client. The primary excuses used by banks to justify to forbearance of a mortgage modifications are that the paperwork was not received, that it was outdated or that no one with modification decision making authority was available to review it. Now the judges in the Middle District Bankruptcy Court of Florida’s Jacksonville Division are accepting motions on behalf of those who are bankrupt in Chapter 13 cases to order that lenders with decision making authority attend mediation with borrowers, and require that all up to date papers required to effectuate a modification be provided to both parties prior to the mediation. This method, although new, is reported to have greatly increased the success rate of borrowers obtaining modifications. This more direct approach should give borrowers a more direct approach when dealing with lenders by having a judge order them to mediation and gives lenders a bargaining chip they don’t always have- if the bank refuses to propose a good modification, the borrower can simply surrender the property in the bankruptcy. Since banks have more houses right now than they know what to do with, this proposition should make them far more likely to want to strike a deal.
If you have questions about how to get a mortgage modification in the bankruptcy arena, contact a Jacksonville Bankruptcy Lawyer or call us at (904) 685-1200 for a free initial consultation.