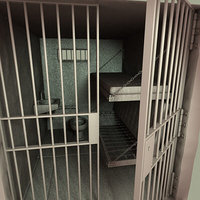 A Shreveport, Louisiana man was sentenced to 6.5 years in federal prison for concealing over $400,000 in assets in a joint Chapter 7 petition. He also attempted to discharge a debt of $750,000 which was supposed to be held in escrow for a real estate project. He was convicted of concealing assets, making a false statement under penalty of perjury and bankruptcy fraud. As part of his criminal monetary penalty, he is to pay the U.S. Trustee $754,000. According to the National Association of Bankruptcy Trustees, the case was investigated by the FBI and the United States Bankruptcy Trustee’s Office and prosecuted by the Assistant United States Attorney.

Many people forget that bankruptcy relief is a privilege with limitations and that abuse of the system can be severely penalized. Before taking actions could lead to trouble, you should first consult experienced counsel. Contact a Jacksonville Bankruptcy Attorney or call us at (904) 685-1200 for a free consultation.