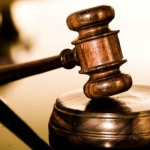 Florida’s second district Court of Appeals recently held in Miltiades v. U.S. Bank N.A., 40 Fla. L. Weekly D1446b, that a trial court erred in substituting a bank as party plaintiff in a mortgage foreclosure action because the bank failed to establish standing. This is a significant ruling because it places the burden on the plaintiff bank to prove they actually posses the ability to foreclose on a home.

What is standing and why does it matter when it comes to foreclosure? Legal standing is a term that means a person or entity has the ability to bring an issue before a court. Generally to have standing, the party bringing the suit must have sustained or will sustain injury or harm that the court can remedy. For example, two people enter into contract together to provide cash for a service and one party fails to perform as agreed. Both parties to the contract would have standing to sue each other for a breach of contract because both would be harmed by the other’s non-performance. But a third person not affected by the contract would not have standing to sue for breach of contract.

Why did standing become an issue in this case? In most instances, lenders sell their promissory notes and mortgages to bigger institutions rather than keeping and servicing the mortgages themselves. The court in Murray v. HSBC Bank USA, 157 So. 3d 355 (Fla. 4th DCA 2015) held that an entity claiming to be a holder of a promissory note must prove each transfer of the note in order to enforce it. Therefore, in Miltiades v. U.S. Bank N.A. the court held U.S. Bank N.A. did not have standing because it did not possess the promissory note as a holder.

How does another bank or company become a legal holder of your promissory note and mortgage? A promissory note is a negotiable instrument that must be properly negotiated, or transferred, in order for the possessor to become a holder.   For negotiation to occur the note must be properly endorsed. Additionally, a person can become a holder in due course, which protects a purchaser of debt, by acquiring the note:

U.S. Bank N.A. failed to show the promissory note had been properly assigned to the bank, or had otherwise become a holder of the note. Essentially U.S. Bank N.A. could not prove it had actually bought the note. The appellate court remanded the case back to the circuit court with the instruction of a involuntary dismissal.

This ruling may bring more attorneys to challenge banks to prove they actually have the ability to bring a foreclosure suit. If you are facing a foreclosure contact the Law Office of David Goldman, PLLC today at 904-685-1200.