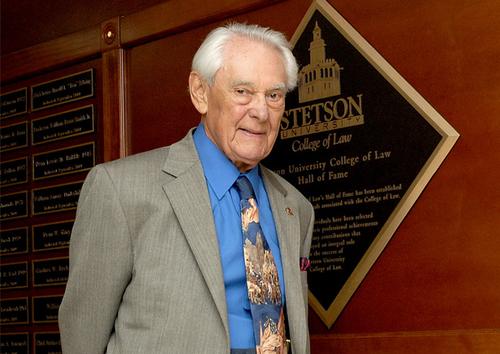 Florida Middle District Judge Alexander Paskay passed away on Friday after an extraordinary life. He was born in Hungary in 1922 and after being conscripted into the German army, he defected to the American side of the war. He proved useful as he spoke four languages -Hungarian, Italian, French and English. Although he had been an lawyer in Hungary, the Florida Bar required him to attend law school again, which he did. He became a judge in 1963 and served until 1999 when he retired for a brief period, then served again until December 2011. Federal records show that he handled over 150,000 bankruptcy cases in his many years, making him one of the longest-serving bankruptcy judges in our nation’s history.
He was known to have a strong sense of humor and a firm grasp on bankruptcy law, always keeping abreast of recent changes. His wisdom will undoubtedly be missed by those in the bankruptcy community.