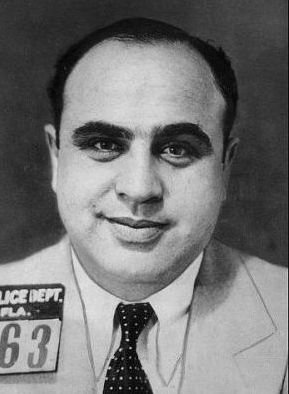 The Las Vegas Mobster Museum is headed to court, but not for racketeering. The museum that houses the world’s largest collection of organized crime artifacts (other than the FBI evidence room), has found itself faced with a Chapter 11 bankruptcy filing citing $5.8 million dollars in debt.

This museum’s debt is proportionally greater than the amount Capone owed to the IRS. When Capone was arrested in 1931 he owed $215,000 to the IRS. According to WestEgg.com this is the equivalent of about $3 million dollars today (after adjusting for inflation) and lead to Capone being given an eleven year prison sentence.

The Mobster Museum will be purchased for $2 million by JVLV Holdings LLC. The former developer, Jay Bloom, is faced with accusations stemming from overstated potential daily visitors and using corporate money to pay for personal automobiles, credit card bills and groceries. Depending on Mr. Blooms testimony, these transactions may be a violation of the bankruptcy code under 18 U.S.C. § 152. which protects against fraud in bankruptcy cases. Even if so, the maximum imprisonment under this statute is only five years, which is quite light when compared to Capone’s eleven. I guess this tells us something we already knew- that it’s bad to lie in bankruptcy court, but it’s far worse to lie to the IRS.