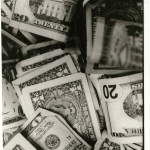 In order to be able to file a Chapter 13 Bankruptcy, the United States Bankruptcy Code requires that you must be an individual and have a regular source of income.   You must also have enough regular income to be able to make a monthly chapter 13 plan payment as well as pay your everyday living expenses. Specifically, Section 101(30) states “[t]he term `individual with regular income’ means individual whose income is sufficiently stable and regular to enable such individual to make payments under a plan under chapter 13 of this title, other than a stockbroker or a commodity broker.”

Courts have unambiguously held that “an individual” precisely only refers to a flesh and blood human being. Thus, businesses are not eligible to file bankruptcy under chapter 13.

Not all incomes that are regular fit neatly into either of the above two categories. Those who own their own businesses can also easily be determined to have a regular source of income (however, certification by an accountant might be necessary), as well as those who hold commissioned sales positions. Courts have even held that a married debtor, who is unemployed and filing bankruptcy with their spouse, can rely on their co-debtor spouse’s income to make their Chapter 13 Plan Payments. However, courts have been reluctant to allow income coming from live-in family members, dating partners, or even a fiancé to be considered regular income, as they have no actual obligation to continue to provide support.

In reality, proving you have “regular income” is generally not an issue. The difficulty really lies with coming up with a successful Chapter 13 Plan that allows you to continue to pay your normal monthly living expenses as well as your Chapter 13 Plan Payments. That is why it is so important to seek the assistance of a Jacksonville Bankruptcy attorney who may be able to help you successfully complete a Chapter 13 Bankruptcy.

If you have specific questions or would like to find out if you qualify for a Chapter 13 Bankruptcy, or whether it is a good decision for you and your family, contact the Law Office of David M. Goldman, PLLC today at (904) 685-1200. Initial consultations are free.