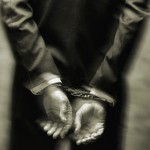 For years people have turned to asset protection trusts and offshore accounts to protect their assets. While a trust can be a great estate-planning tool to protect your assets, off-shore accounts and trusts used to defraud your bankruptcy trustee could place a you in some very hot water. Oftentimes trustees of a trust will not distribute funds because they are able to withhold a distribution at their own discretion and a foreign bank may make the same claim.

On the outset this might seem like a great idea: the bankruptcy court cannot force the legal entity or bank to present the money and therefore the debtor doesn’t technically have to turn the assets over to the bankruptcy estate. However, a bankruptcy court will usually remedy this situation by holding the debtor in civil contempt until the repayment has been made. This means that if a trustee or bank refuses to make a distribution, the debtor could face a lot of jail time.

Another similar issue has become more frequent in bankruptcy court. In the case of In Re 1990’s Caterers LTD., a debtor admitted he had received money from a property auction that was owed to the bankruptcy estate. However, at the subsequent contempt hearing the debtor said he had spent the money so there was nothing left to turn over. The court was then presented with the issue of whether the debtor’s inability to return spent money excused the debtor from civil contempt and incarceration.

The court held the debtor in civil contempt and ruled that a person cannot assert impossibility of compliance as a defense to a court when the person charged is responsible for the inability to comply. Further, a charged debtor cannot rely on unsubstantiated assertions that he or she is unable to follow court orders and must show “categorically and in detail” why he or she cannot comply with court orders.

The impossibility defense is used most often when the debtor uses asset protection trusts or other offshore accounts. As discussed earlier in this article, many courts will hold a debtor in contempt if they find the debtor conveyed assets to these third parties as a fraudulent transfer. If the transfers are found to be fraudulent, the court may order the conveyance to be void and request these assets be sent to the bankruptcy estate.