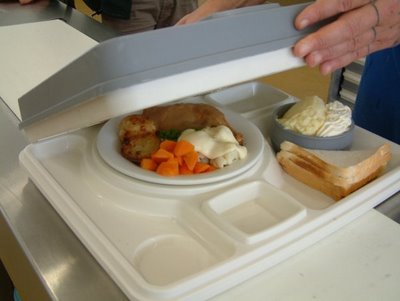 Although they have no belts to tighten, Texas prisoners have had their meals cut down to two a day each weekend and have been on this schedule since April 2011. These budgeting measures are purported to come as a response to severe shortfalls in tax revenues for the state.
Florida has taken the stance that rehabilitation and shorter jail time for non-violent prisoners makes more sense as outlined in Cynthia Veintemillas’s blog.
Other, more unique, budgeting mechanisms would be Georgia’s Camden County’s inmates-to-firefighters proposal. That’s right, inmates become fire fighters. Although the county does estimate that it would save a half million a year if they went through with the project, it defies reason to think that people would want a violent criminal axing down their bedroom door to “save them”.
Gunpowder Plotter Guy Fawkes once said, “Desperate times call for desperate measures” and apparently he was not wrong. These government entities are exploring all possibilities to avoid bankruptcy. Harrisburg, Pennsylvania was the sixth city to file bankruptcy in 2011 and your guess is as good as mine as to who is next.