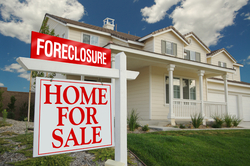 According to the latest statistics from the Mortgage Bankers Association (MBA), the mortgage delinquency rate on single-family homes fell to its lowest rate since the fourth quarter of 2008, falling to 8.22% for the fourth quarter 2010. The MBA’s chief economist, Jay Brinkmann, said the fourth quarter stats represent “significant across-the-board” decreases in delinquent mortgages in the U.S. Mortgages one payment behind have fallen to late 2007 levels and loans three payments behind have dropped to the lowest levels of 2010.

The MBA delinquency statistics do not include the mortgages that have already received a foreclosure filing but Brinkman noted that “every state but two (North Dakota and Arkansas) saw a drop in the 90-lus day delinquency rate and the two increases were negligible.” The number of loans in foreclosure or are at least one payment past due was 13.56%, a significant decline from the third quarter 2010 numbers.

Brinkman stated that the improvement in the delinquency rate should be attributed to the improvement in individual earnings due to the increase in private sector job growth and that “absent a significant economic reversal, the delinquency picture should continue to improve during 2011. If you are already facing a Florida Foreclosure Lawsuit or are delinquent on you mortgage loan, contact a bankruptcy Lawyer to see what foreclosure alternative options may be available to you.