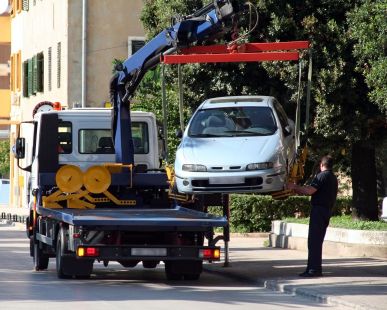 Jacksonville, Florida debt collectors may be more aggressively pursuing deficiencies for vehicle repossessions, new and old. People are getting behind on their payments for everything; their home, credit cards and cars. Unfortunately, cars and trucks often get picked up quickly after non-payment and aren’t always sold at their commercially reasonable value.
One the positive side, the Florida legislature has included provisions in their Uniform Commercial Code that allow a debtor to counter-sue their creditor if that creditor seeks to sue for a deficiency and cannot show that their sale of the secured property was done in a commercially reasonable manner. An obvious claim for relief would arise from a scenario where a car dealer repossesses a car, sells it to his brother for half of what it’s worth and then sues the debtor for the deficiency. That would be a fairly clear action for statutory damages.
Unfortunately, many people are unaware this protection exists. They feel that because they were unable to make their payments, that perhaps they deserve to be “steamrolled” by the system. We at Law Office of David M. Goldman disagree. If you’ve had a secured asset repossessed and think it was sold for less than it’s value, you may have a cause of action to sue your creditor. Contact a Jacksonville Repossession Defense Attorney at (904) 685-1200 for a free initial consultation.