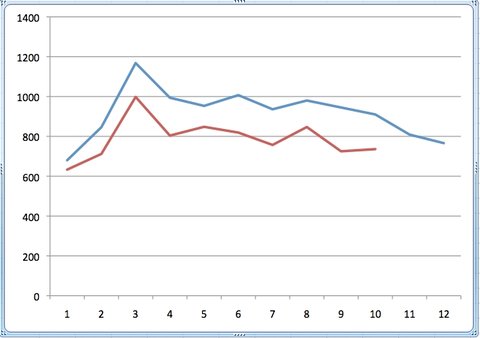 Both Chapter 7 and Chapter 13 bankruptcy filings are down 16.35% when compared to the year to date filings from last year. These filings, which are traditionally down at the end of December and early January traditionally peak in the month of March. This is likely because people hold off filing their cases for those two months due to the holidays and come around to filing as soon as March hits and the financial strain of the holiday season is over. You can see the peaks on the above graph. Blue represents 2010, while red represents this year thus far.

Hopefully, this is a sign of economic recovery, however it may just say that those who were going to bankrupt have already done so.