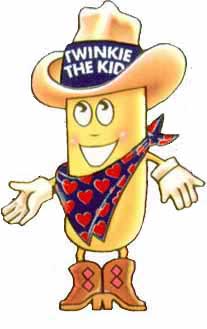 Twinkies have been around more than eighty years and during that time they’ve become something of a cultural icon. In the recent blockbuster hit, Zombieland, there is a comedic interplay between the gruff main character, Tallahassee, and his affectionate nostalgia for the childhood treat. Even President Bill Clinton is reported to have placed a Twinkie in a time capsule as a child.
Unfortunately for Twinkie lovers everywhere the Hostess company has not been doing well. This Chapter 11 case is its second in the last few years and it still remains $860 million in debt. Informally, two quick Chapter 11 bankruptcies are called a, “Chapter 22”. A “Chapter 22” is generally done when a business is going to be completely liquidated, which I don’t believe is the case with Hostess. Movie Gallery Inc. and Polaroid Corp., were forced to liquidate upon their second Chapter 11, but two more obscure companies, Hayez Lemmerz International and Pliant Corp., an auto and packing company respectively, survived multiple bankruptcies.
If Hostess is liquidated, it’s assets will be sold to the highest bidder. This fact alone will not mean the end of the iconic Twinkie. Whoever buys the Twinkie rights will likely produce it just as we remember. Hopefully for Hostess, they’re successful in avoiding liquidation, but either way, I think we’ll see our beloved Twinkie around for another 80 years.