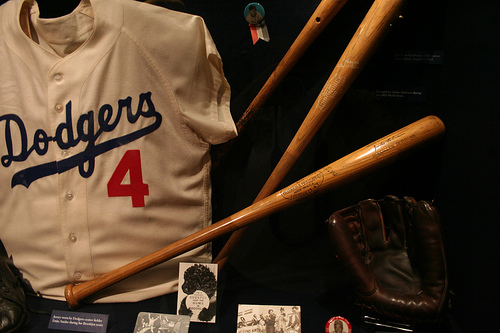 As you may be aware, the L.A. Dogers filed for Chapter 11 bankruptcy protection in late June of this year. Chapter 11 is a reorganization bankruptcy available to both individuals and businesses where the creditors get to vote on whether or not to approve your proposed repayment plan.

Although McCourt is the owner of the Dodgers, it is the business, the “Los Angeles Dodger” that is filing the bankruptcy. McCourt withdrew an alleged $189.16 million dollars from the businesses funds according to the Los Angeles Times to settle his divorce with Jamie McCourt. To read more about the divorce side of things, see the Jacksonville divorce blog. Taking money from your own business probably wouldn’t be an issue if that business weren’t already insolvent.

In theory, Mr. McCourt has diverted money that could have gone to pay the business’ creditors to his now ex-wife. These transactions could be violations of the bankruptcy code. Things have gotten so contentious that Major League Baseball has petitioned the court to order the sale of the Dodgers. It is difficult to say what will happen in this case as new facts and arguments are coming every day, but the moral of the story is that you don’t drain the assets of an insolvent business and then try to file that business in a bankruptcy.

If you feel the need to liquidate assets of an incorporated business you should speak to an attorney first. Please contact a Jacksonville Bankruptcy Lawyer or call us at (904) 685-1200 for a free consultation.

UPDATE: McCourt has agreed to sell the Dodgers. This is a little reminiscent of the Texas Rangers who were sold only last year in their own Chapter 11.