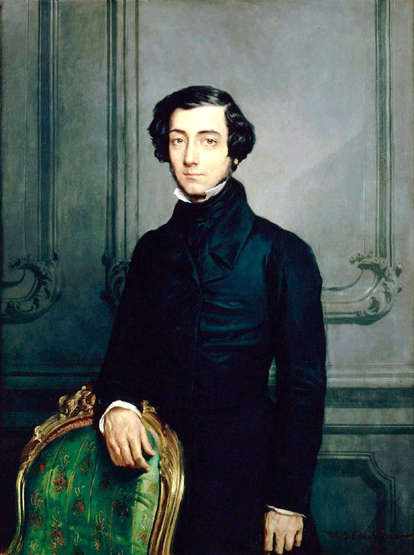 A recent article in Forbes states, “Octomom Files for Bankruptcy, because our Bankruptcy Laws Are Great”. While this seems to quote Nadya Suleman (The Octomom) as having made such a statement, the term “great” only comes up in their article in a quote from the french political philosopher, Alexis de Tocqueville who said in relevant part: “There is no American legislation against […] bankruptcies. Is that because there are no bankrupts? No, on the contrary, it is because there are many. In the mind of the majority the fear of being prosecuted as a bankrupt is greater than the apprehension of being ruined by other bankrupts…” What Tocqueville says here is not that the bankruptcy laws of the United States are great, but that because we as individuals see so many bankruptcies in our friends and neighbors that we realize that the possibility of our own bankruptcy as possible reality. This causes us to fear anti-bankruptcy legislation because we may one day need the relief ourselves. The fear of losing the ability to go bankrupt as a debtor is greater than the fear of losing the money we are owed as creditors. This is interesting because we don’t enter into the same kind of analysis when forming other laws. For instance, we don’t prevent laws that punish murder because we know as individuals that we may one day murder someone. This proves that there is something unique when it comes to bankruptcy, which I believe to be the public opinion that bankruptcy happens in large part by no fault of the debtor. It is well understood that medical debt, unexpected job loss, natural disaster, having eight babies, etc. are “out of our hands” as individuals. If we believe this negates the responsibility, we are less likely to punish people for it.
Octomom has filed for bankruptcy due to her financial inability to care for such a great number of children on her own. She may be an extremely unlikely example of a scenario that could happen to anyone but having a similar scenario could bring about the same result. I personally know someone who had unexpected twins. This caused an unexpected financial hardship and they did in fact file for bankruptcy, though they didn’t indicate the kids were the cause (who with other places to point the blame would?).
The causes of bankruptcy are vast, frequent and are well recognized as being indiscriminate in whom they afflict. If you, like so many successful Americans before you, would like to explore your options in bankruptcy, contact a Duval County Bankruptcy Attorney or call us at (904) 685-1200 for a free consultation.