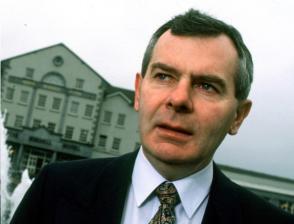 In 2008 John Ignatius Quinn was declared the richest person in Ireland with holdings worth approximately $6 billion dollars. Now, three years later, he finds himself facing bankruptcy.

Quinn, the son of a small farmer began earning his vast wealth through the Gaelic Athletic Association. From there he went into the concrete business, then hotels, and so on. But Quinn, like many of us in the Western World, is facing severe financial problems.

Unfortunately for Quinn, bankruptcy in Northern Ireland differs from bankruptcy in the Irish Republic. Filing in one country will allow him to resume business in a year, the other can take up to twelve years. Since this will have a profound effect on one of his largest creditors, Irish Bank Resolution Corp., they are fighting viciously to get have the court move his bankruptcy to the twelve year forum. This is similar to our Chapter 7 and Chapter 13 bankruptcies, in that a creditor (or trustee) can attempt to have a case dismissed or converted if it is shown to be improper for the debtor. This is often done only if financially beneficial for the creditor.

If you are one of the many who has been struck by the lightening bolt of our dismal economy contact a Orange Park Bankruptcy Lawyer or call us at (904) 685-1200 for a free consultation.