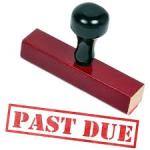 If you fall very far behind on your credit card payments, or any other kind of debt for that matter, your debt might appear as having been charged-off on your credit report. A charge-off occurs when you are at least 180 days behind on your credit card payments, and the bank decides that the debt is no longer collectible and decides to write it off as a loss. However, this does not mean you no longer owe the debt. You are still 100% responsible for the debt. But what do you do and what should you expect?

The debt will have to be repaid.

At first, you might think that it is a good thing that your debt has been charged-off and you might even think that you no longer owe the debt. Unfortunately, when your bank decides your account is uncollectible, that is simply an accounting term. It in no way affects your liability for the entire debt owed. However, there is one caveat. The bank can only collect on the debt until the statute of limitations expires. In Florida, the statute of limitations for a credit card debt is five years.

You should expect your debt to be sold to a debt collector who will try to collect the debt.

Your credit score will take a hard hit.

The charge-off will stay on your credit report for up to seven years and put a bad mark on your credit report. Not to mention the history of missed payments that were already there, which will make qualifying for new credit very difficult. The best thing you can do is to still pay the debt in full. This way the account will be reported as “charged-off, paid in full” instead of “charged off” or “charged-off, settled for less than full balance”. Lenders will prefer to see that the debt was paid in full even though it was paid very late.

If you have a credit card debt that has been charged off by your bank, contact the Law Office of David M. Goldman, PLLC today. By speaking with an experienced Jacksonville attorney experienced in not only debt collection related matters, but bankruptcy as well, you can determine what course of action you should take in order to cure your charged-off debt. Just because your debt has already been charged-off does not mean you are out of options. Speak with a Jacksonville Debt Collection Attorney today.