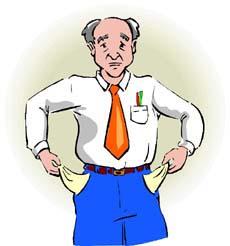 A 34% decline in foreclosure filings sounds like good news, but according to Brandon Moore, the CEO of REalty-Trac, this is largely because of the foreclosure freeze brought about by robo-signing.
Foreclosures in 2011 are reported to have taken 348 days to complete compared with 305 days in 2010. This doesn’t speak well of robo-signing, as that data would reflect a mere 43 day (13%) savings in time for doing something illegal.
Bankruptcies have also seen a reduction in the last year by about 12%. However consumer spending was still on the decline in 2011.
The decrease in foreclosures can be attributed to both the courts being bogged down and the robo-signing foreclosure freeze, but what about the decline in bankruptcies? It is my belief that a huge proportion of bankruptcies are due to housing alone. There were 480,635 Consumer bankruptcies in 2007 compared with 1,470,000 million in 2011. The housing bubble is reported to have burst in 2007. It is my opinion that the greater part of the one million consumer bankruptcy case filing increase between 2007 and 2011 is completely due to foreclosures. If foreclosures go down, bankruptcies will go down and vice versa. I expect 2012 to be as grim, if not more grim than 2011.